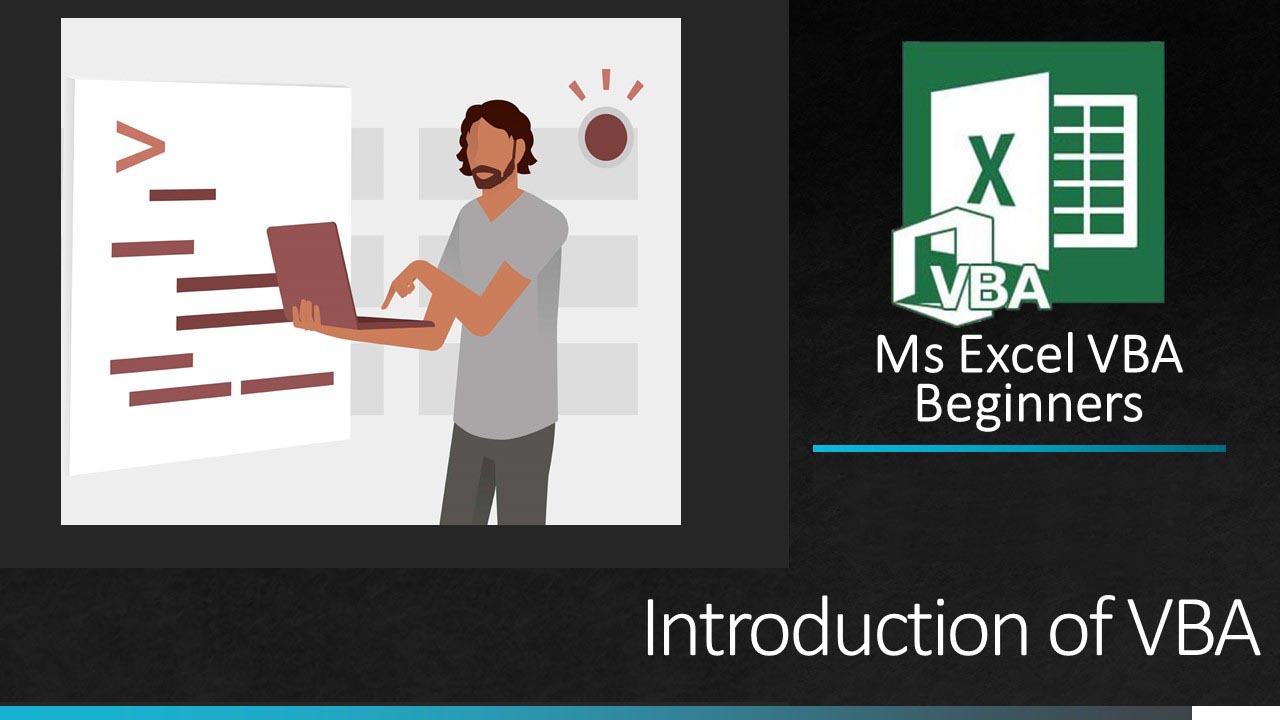 VBA is a programming language and it is created by One of the most reputed IT company Microsoft to automize tasks and operation in applications.

VBA is a colossally integral tool that allows you to do the task automatically rather than manually and also use to place restriction and validation on manual data entry.

VBA is the tool that one can use to develop macros and also use to control objects in Excel and to control other Office applications from Excel.

Actually, VBA is the language that can able to work with all Microsoft Office applications in Access, Word, PowerPoint, and Outlook.

It is an event-driven programming language developed by Microsoft which is used with Microsoft office such as MS Excel.

To work with VBA, you need not buy any extra tool or application. If you have Microsoft office then it is enough to use VBA.

Introduction of VBA in Hindi

Today’s VBA is coming from the BASIC (Beginner’s All-purpose Symbolic Instruction Code) programming language which was developed in the 1960s.

In that decade’s BASIC programming language become most popular due to its easiness to learn and understand.

VBA first time introduced by Microsoft with Excel 5 in the MS Office 1995. Then after VBA is become the most powerful programming language for all other Microsoft applications.

Purpose of VBA to use

Tasks like financial calculation, data analyzing tasks, invoices, data entry, etc. are done by MS Excel itself only. But some of the essential tasks need to do automatically and also they are time-consuming while calculation manually. In such a situation VBA comes in picture.

To use VBA, it no needs to become a professional programmer so anyone can utilize VBA because most of the function in VBA is user-friendly.

Users also can able to do all tasks without VBA but sometime it may be time-consuming. So following are the essential purposes to use VBA.

For example, users want to do some specific tasks every week for that users can create a macro or VBA program to do that task automatically every week.

Based on the action do task automatically

User can create his own custom function

There is lots of function in MS Excel then also user want to create his/her own function at that time with the help of VBA it is easy to create a custom function.

Some of the tasks in that we have to take data from others at that time we can create a more easy and user-friendly Form or Look to take data.

User can control other application from Excel

If we want to manipulate other applications like notepad, PowerPoint, Access, etc. it is possible using VBA.

Gradually Microsoft introduced Microsoft Office one by one but among all version few of them become very popular that are as under.

MS Office 2003 becomes outdated so no need to learn how to enable developer option. Then also you are using MS Office 2003 then We highly recommended you that please use the latest version.