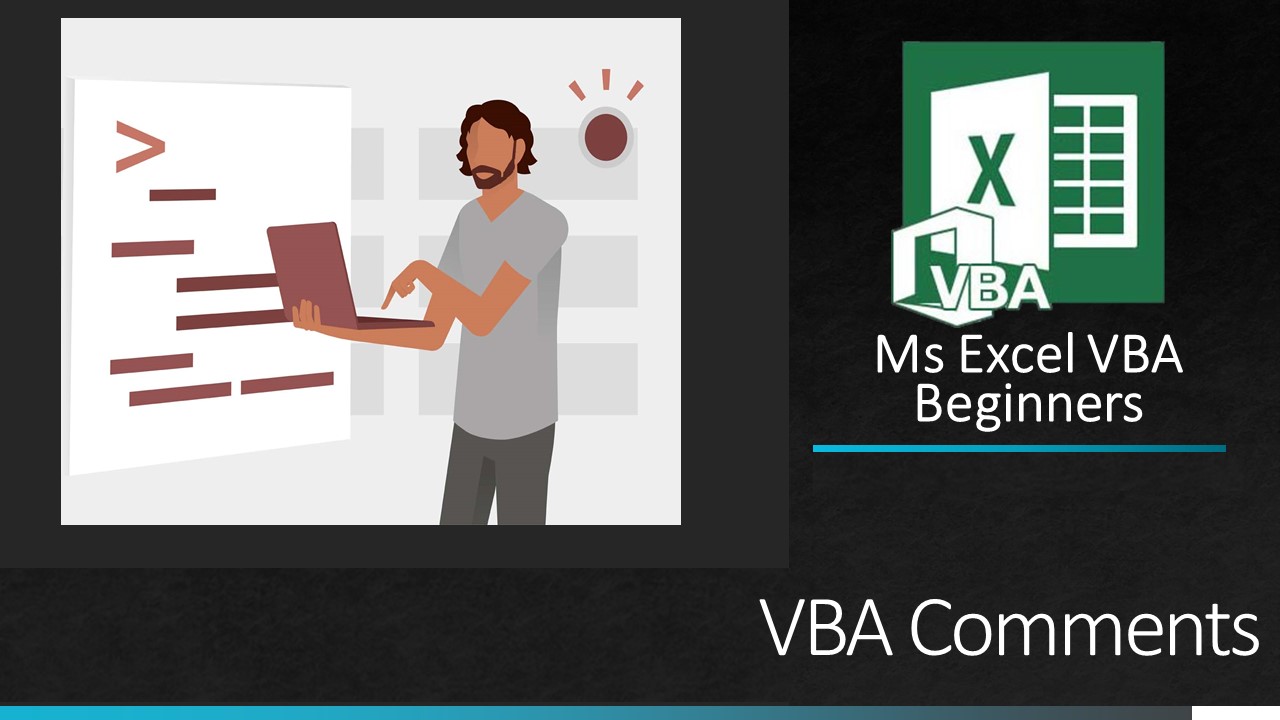 In computer programming, a comment is a kind of statement that can be used to make source code more readable and understandable.

Comments in source code having no execution effect.

Comments are ignored by compilers and interpreters.

In VBA there are two methods to use comments

Comments in VBA Video in Hindi

Any statement that starts with a Single Quote (‘) is treated as a comment.

In below example, all Green lines are comments which are ignored by the computer

Any statement that starts with the keyword “REM”.

In below example, all Green lines are comments because all green lines start with the word “REM” which are ignored by the computer.